Book dealing throws up some interesting oddities from time to time.  I recently listed such a book on my sales site www.durdlesbooks.com, the book is a modern hardback published in 1978, and is a slim volume with 158 pages.

The book in question is The Man Who Japed, which is a science fiction novel written by Philip K. Dick.  The reason it is an oddity is that although the book was first published in 1956, the 1978 edition was the first hardback edition published.  It also had a very low print run, making it pretty scarce today. 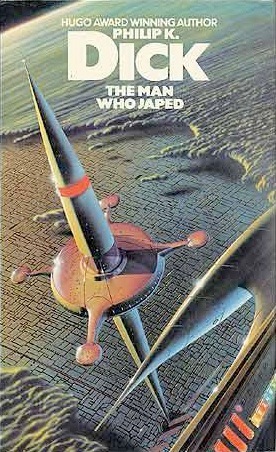 The Man Who Japed Hardback edition

Philip K (Kindred) Dick born December 16, 1928 was an American science fiction writer who is probably best known for writing the books that have provided the basis for some great science fiction movies of the last 30 years or so, including Blade Runner, Total Recall, A Scanner Darkly, Minority Report and Paycheck, amongst others.  Dick, although award winning and respected by the SF community, never really benefitted financially from his works during his lifetime.

His early works, such as The Man Who Japed, feature sociological and political themes in novels dominated by monopolistic corporations and authoritarian governments.  Dick was a very complex (some would say mentally fragile) man and this is reflected in his later works such as A Scanner Darkly and VALIS.  In his later life he suffered periods of drug abuse, paranoia and schizophrenia, he also had transcendental experiences.  These factors influenced his work, and I can certainly recommend A Scanner Darkly not only as a good novel but also as an example of these influences on his later work.

The Man Who Japed is set in the year 2114, a hundred and fifty years after a devastating twentieth century limited nuclear war. This provides the conditions for a morally strict totalitarian regime to hold power.  Many of our natural freedoms  are curbed or legislated against, however, a thriving black market exists, where one can purchase the Decameron, James Joyce’s Ulysses, Chablis wine and pulp fiction detective novels from the twentieth century, albeit at vastly inflated prices. The story concerns the central character Allen Purcell, and his natural non-conformity within this society.  The “Japes” of the title are examples of his actions/reactions against the society in which he lives.

The copy I have for sale is one for the collectors of SF hardbacks or Philip K Dick, it is in excellent condition, with the dust jacket and book immaculate.  The pages have tanned (turned a light brown colour) which is normal for this title and is due to the poor quality of the printing paper.  Have a look at it on my site here.

Philip K Dick died March 2, 1982, aged 53, only four months before the release of the film Blade Runner that was based on his novel Do Androids Dream of Electric Sheep? He would have, no doubt, become more generally known had he lived to see the full release.  However, Dick saw the opening 20 minutes of footage prior to his death and he was extremely impressed.  He was quoted as saying, “It was my own interior world. They caught it perfectly.”

An interesting personal side note to The Man Who Japed, is that the first printing was issued in paperback by Ace in their double format in 1956.  It was twinned with the novel The Space Born by one of my favourite writers E. C. Tubb.  I have collected Tubb’s work for most of my reading life, and have a pretty complete collection of his bibliography.  Looks like I have some more blog post writing to be done in the near future….. 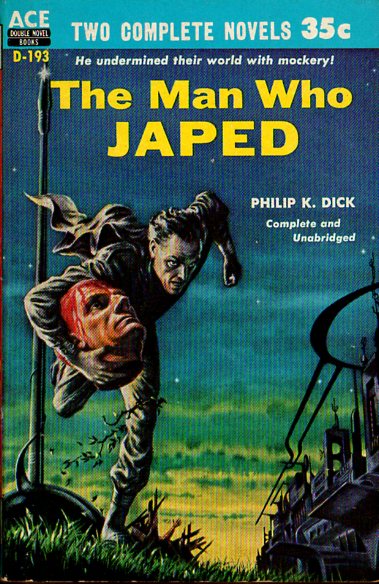 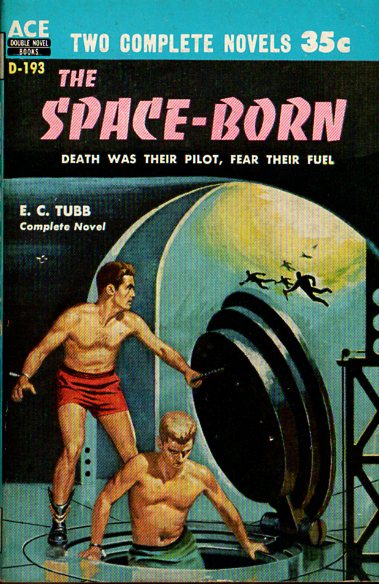 Thanks for reading, let us know via email or comment your favourite Philip K. Dick novel or E.C. Tubb books that you have read.  Please revisit this blog again soon, or have a look at our books for sale on our sales site www.durdlesbooks.com